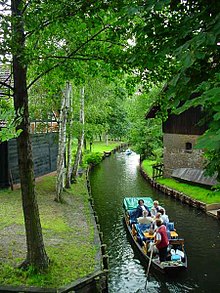 The tourism in Brandenburg is determined by landscape, palaces and castles , as historically valid city centers , forests and water-rich protected areas with opportunities for shore leave , water sports , cycling and hiking . In 2012 the industry had over 60,000 employees and almost 11.5 million overnight stays.

The Brandenburger Lebuser Land on the Oder was chosen for 2003/2004 as the cross-border landscape of the year . The Havel was named River Landscape of the Year in 2004/2005 . Since 2001 is Tourism Award of Brandenburg awarded annually three to be particularly "creative" prestigious tourist offers, as "exemplary" and current projects as "innovative" the existing services in the tourism are excellent. 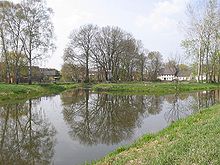 The Spreewald Biosphere Reserve and the Westhavelland Nature Park , which together with the adjacent Luch landscapes Rhinluch , Havelländisches Luch , Dossebruch and Jäglitzniederung form a coherent inland wetland, are examples of areas frequented by tourists.

With 3,087 lakes, Brandenburg is in third place of all federal states after Bavaria and Mecklenburg-Western Pomerania , with approx. 100,000 hectares, the water area takes up 13% of the total area of ​​the state.

While national parks and nature parks are primarily committed to nature conservation, the historically younger regional parks around Berlin primarily serve a sustainable development of the city and the surrounding area, which with their strategy for the protection of open spaces focus on the areas of leisure and tourism. Eight regional parks in Brandenburg and Berlin endeavor under an umbrella association founded in 2003 to bring the scenic and cultural-historical characteristics of their regions closer to their own population and visitors - especially from the metropolitan region of Berlin / Brandenburg .

In Brandenburg there are 3400 km of signposted hiking trails available to hikers. This also includes the 374 km long 66 lakes regional park route around Berlin through all eight regional parks. In 2012 the German Hiking Day will take place in Fläming .

There are 2400 km of signposted cycle paths for cyclists. The longest cycle path is the Brandenburg Tour with over 1000 km , as well as the Flaeming Skate , a 230 km extended route with round courses for skaters.

Further tourist offers are over 100 riding stables , almost 350 riding clubs and over 5000 km of marked bridle paths. In addition, there are 20 providers of balloon rides , 17 golf courses (mostly with guest game regulations), 4 glider areas and 20 special landing sites such as sports airfields .

Travel areas in Brandenburg and their sights 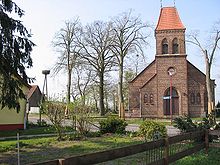 For tourism, Brandenburg is divided into 13 travel areas, which are not always congruent with the administrative structure in counties (see above). 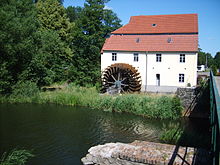 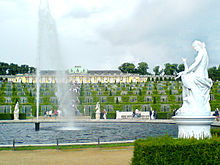 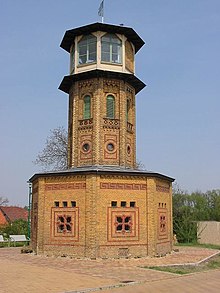 The Oder-Spree lake district consists of the Märkisch-Oderland and Oder-Spree districts . The tourist umbrella organization of this region is the Tourismusverband Seenland Oder-Spree e. V. based in Bad Saarow. 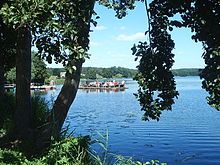 Tourism in Germany by federal state