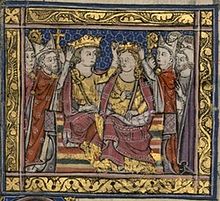 The coronation of John of Brienne and Mary of Montferrat as King and Queen of Jerusalem, miniature from the 13th century.

Wolfram von Eschenbach; Author's picture as a knight in the Codex Manesse

Franz and his brothers request confirmation of the rule (illustration by Giotto di Bondone , around 1295) 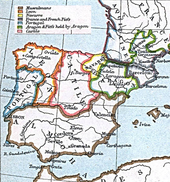