The 1979 NHL Entry Draft took place on August 8, 1979 at the Queen Elizabeth Hotel in Montréal in the Canadian province of Québec . In the 17th edition of the NHL Entry Draft - for the first time under this name - the teams of the National Hockey League (NHL) selected a total of 126 players in six rounds. The Canadian defender Rob Ramage of the Colorado Rockies was selected as the first overall draft pick . Perry Turnbull for the St. Louis Blues and Mike Foligno for the Detroit Red Wings followed in second and third .

In 1979 it was the first draft after the remaining teams of the World Hockey Association (WHA) were accepted into the NHL, so major changes were made to the regulations. The order of the draft resulted from the reversed final table of the past season 1978/79 , while the four WHA representatives were sorted behind all NHL teams. When the name was changed from “Amateur Draft” to “Entry Draft”, the fact that eight players could be selected from the WHA this year, who thus came from the professional and not the amateur field, was taken into account. In addition, the NHL was forced to lower the starting age for the draft from 20 to 19 years, as the WHA did not have a comparable age limit and had already used younger players in the 1978/79 season . As a result, all players who were born before January 1, 1961 were now available, as well as those players who had already gained experience in the WHA. However, the four WHA teams had the opportunity to protect two players from their squad in advance from a draft election, so that Wayne Gretzky could switch to the NHL without a draft. The officials of the league needed a long time for the entire negotiations, so that the draft did not take place until August - as late as ever.

In retrospect, the Entry Draft 1979 is seen as one of the strongest vintages in NHL history. This is essentially due to the change in the entry age, which made two years available at the same time. The major players of the year include the later Hockey Hall of Fame members Mark Messier , Ray Bourque , Mike Gartner , Michel Goulet , Glenn Anderson and Guy Carbonneau as well as Dale Hunter , Neal Broten and Brian Propp , each recorded over 1000 scorer points . 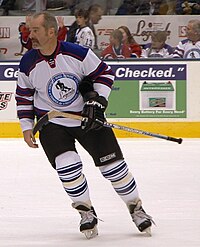 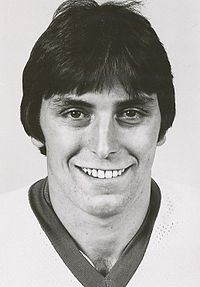 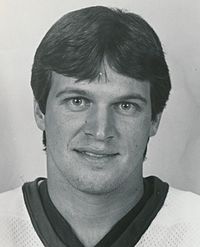 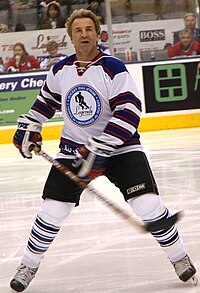 Color Legend:
﻿ = players into the Hockey Hall of Fame were taken 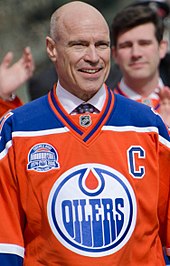 Mark Messier , statistically the best player of this year

All players in this draft year have ended their professional careers. The tables show the five best players in the categories of games, goals, assists and scorer points, as well as the five goalkeepers with the most wins in the NHL. In addition, 103 of the 126 selected players (approx. 82%) have played at least one NHL game.

Amateur and entry drafts of the National Hockey League