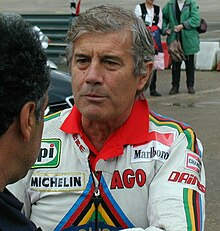 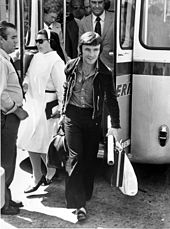 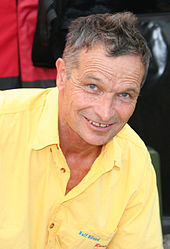 List of the number of Grand Prix victories of the motorcycle world championship riders (with at least seven victories).

Since the start of the motorcycle world championship in 1949 there have been 366 different Grand Prix winners in the various solo classes and in the sidecar . The record holder is the Italian Giacomo Agostini , who won 122 and 15 world titles between 1964 and 1977 . The best-placed driver that is still active is Valentino Rossi in second place with 115 victories in four different classes (125 cm³, 250 cm³, 500 cm³ and MotoGP ).

Victories by team -Fahrern are up to and including 1,996 considered. Until then, the sidecar races took place as part of the FIM Road World Championship , and since then they have been held at their own events as the FIM Sidecar World Championship .

In the season 2020 active drivers are highlighted in gray.