The title of this article is ambiguous. Further meanings are listed under Eisenstadt (disambiguation) .

The free town of Eisenstadt ( pronounced Bavarian-Austrian Eisnstod , Hungarian Kismarton 'Klein-Martin', Croatian Željezno, romani Tikni Marton or Srasta, Hebrew Asch ) is the capital of the federal state of Burgenland in Austria . Eisenstadt is a statutory city - the responsible district administrative authority is the mayor - and the seat of the district administration of Eisenstadt-Umgebung and the regional and district court of Eisenstadt . The city lies at the foot of the Leithagebirge and with its 14,816 (as of January 1, 2020) inhabitants is the smallest provincial capital in Austria. Based on the number of inhabitants, Eisenstadt ranks 41st on the list of cities in Austria .

Eisenstadt is located at the southern foot of the Leithagebirge on a terrace that gradually descends to the Wulka plain at an altitude of 182 m (meteorological station 230 m). The east-west course of the terrace was originally followed by the expansion of the city from Oberberg-Eisenstadt in the west to the barracks in the east. Only later did it begin to spread south towards the Wulka plain and in the last few decades also to the north up the slopes of the Leithagebirge, where the vineyards gradually had to give way to new settlements.

Protected by the ridge of the Leithagebirge, which rises to over 400 m and is covered by dense deciduous forests, grapes, apricots, peaches and almonds ripen on the climatically favorable slopes. As far as the eye can see, everything is planted with vines, which also surround the city on all sides.

The wine-growing village of Kleinhöflein, west of Eisenstadt, was part of the Eisenstadt rulership in the Middle Ages, came into the possession of the Esterházy family in the 17th century and was incorporated on January 1, 1971, as was the municipality of Sankt Georgen am Leithagebirge.

Later under the Romans, today's Eisenstadt was then in the province of Pannonia .

In 1373 the city came into the possession of the Hungarian aristocratic Kanizsai family . The family had the walls fortified and built a moated castle within the walls . The name "Eysenstat" (strong, iron, hence Eisenstadt) comes from this time. In 1388 Eisenstadt received market rights . West Hungary, which was populated by Germany, was given to the House of Habsburg as a pledge : in 1445 Duke Albrecht VI acquired. the town; For the following 150 years, Eisenstadt remained under Austrian administration (as if it were part of what would later become Lower Austria ), which officiated from Vienna. During the Turkish War , the Turks conquered Eisenstadt in 1529 and 1532 on their advance on Vienna .

The Hungarian nobility demanded that the Habsburgs, who had now also become hereditary kings of Hungary, reintegrate western Hungary fully into Hungary and end direct Austrian administration. In order to take over the Hungarian noble Esterházy family for the House of Habsburg, it was in 1648 by the Roman-German Emperor Ferdinand III. in his function as King of Hungary, among other things, enfeoffed with the Eisenstadt region and raised to the rank of imperial prince in 1687 by his successor Leopold I. The prince dynasty changed the image of the city through brisk building activity.

At the same time, Eisenstadt was elevated to a royal free city by the emperor on October 26, 1648 at the urgent request of the citizenry , which was not subject to anyone except the king, and paid 16,000 guilders and 3,000 buckets of wine to the value of 9,000 guilders. Outside the city walls, on territory administered by him, Paul I. Esterházy de Galantha settled in 1670 immediately next to what was then Eisenstadt and in six surrounding towns, the so-called Siebengemeinden , around 3,000 Jews who had previously been expelled from Vienna . Samson Wertheimer (1658–1742), who worked as a court factor in Vienna , worked as a rabbi in Eisenstadt .

The Esterházy family soon developed into one of the richest aristocratic families in Central Europe and had numerous castles to choose from. She decided on Eisenstadt as the princely headquarters, converted the former fortified castle into a representative palace and maintained a very elaborate, impressive court, which even led to visits from Empress Maria Theresa . With the appointment of Joseph Haydn as princely court conductor in the 1760s, a 30-year heyday of artistic life began here. In 1809, Eisenstadt was occupied by French troops during the coalition wars.

From 1865–1898 the Esterházy family had to do without the usual large amount of representation expenses, as they had taken over financially and had only escaped bankruptcy with the help of the emperor. It became quiet in Eisenstadt. The western Hungarian city was culturally oriented towards Vienna and tried to evade that of Budapest in the last decades of the 19th century. to evade operated Magyarization . In 1897 Eisenstadt was connected to the Hungarian railway network.

After the First World War and the dissolution of Austria-Hungary , there was a three-year struggle for the future citizenship of "German-West Hungary" and thus of Eisenstadt. Through the peace treaty of St. Germain in 1919 with Austria and of Trianon in 1920 with Hungary, the area came to Austria in 1921 as Burgenland (the new name). Originally founded as a state capital provided Sopron ( Hungarian Sopron ) was due to a referendum Hungary slammed shut. Instead of Ödenburg, Eisenstadt was therefore designated the seat of the Burgenland provincial government on October 19, 1925, and thus de facto the provincial capital. At that time, however, it was not mentioned as such in the Burgenland constitution.

A Roman Catholic apostolic administration was set up in Eisenstadt in order to no longer subordinate the Burgenlanders to a Hungarian bishop. The surrounding communities were attached to Eisenstadt: 1923 Eisenstadt-Schlossgrund, 1938 Unterberg-Eisenstadt, 1939 Oberberg-Eisenstadt, 1970 Kleinhöflein and St. Georgen.

To mark the 200th birthday of Haydn, the Haydn Foundation, in collaboration with what was then the "Mittelstelle Deutscher Jugend in Europa" (Mittelstelle Deutscher Jugend in Europa), organized a large Haydn celebration in Eisenstadt in July 1932 with a clearly National Socialist-Greater German character. From all German-speaking settlement areas in Central Europe, young people brought earth to their homeland (e.g. Helgoland ), important historical sites (e.g. from the Wartburg near Eisenach ), from the graves of historically important Germans (e.g. from the imperial tombs of the Speyer Cathedral and the grave of Martin Luther ), memorials (e.g. Friedrich Schiller's birthplace in Marbach am Neckar ), battlefields (e.g. the Völkerschlachtdenkmal and Langemarck cemetery) and workplaces (e.g. Warndt area in Saarland ) to Eisenstadt as a commitment to national Germanness. The Haydnmal in the form of a large-sized cube urn bore the inscription "Youth came from all brands and brought earth of home, Joseph Haydn, the singer of the song of the Germans, the eternal empire of the Germans as a pledge."

It was not until 1965 that Eisenstadt anchored the status of the state capital in the city constitution. In the state constitution, it was only made in 1981.

The Unterberg district is characterized by the former Jewish quarter and the old Jewish cemetery.

In the eastern district of St. Georgen there are several courtyards that have been preserved from the 17th and 18th centuries with rusticated entrance gates for the wine taverns. The inscription "Marcus Atilius" on the so-called Attilastein from the 1st century AD in front of the village well indicates the Roman culture in this area.

Eisenstadt is connected to the Ostbahn via the Pannoniabahn and can be reached continuously from Vienna with Regional Express trains. In Wulkaprodersdorf there is either a connection to Deutschkreutz / Sopron or Vienna Meidling for every train coming from Eisenstadt .

The three city ​​bus routes Georg (Line 1), Vitus (Line 2) and Martin (Line 3) have been in Eisenstadt since December 2016 . In December 2018 the Fanny line (line 4) went into operation. Lines 1, 2 and 3 run every half hour, line 4 every hour. None of the lines run on Sunday. They connect the historical centers, the settlement areas on the Leithagebirgshang, the residential areas to the south as well as the shopping centers and industrial areas to the south with the two main transfer points at the train station and the bus station / Domplatz.

As of May 15, 2001, the 1,089 companies in Eisenstadt employed 13,581 people. Eight of these companies each employed over 200 people.
2006: Due to the expiry of EU subsidies, many companies relocate from Eisenstadt to Vienna or Hungary.

The Burgenland State Police Department acts as the security authority for the city and is also responsible for the nearby free city of Rust . The Eisenstadt City Police Command is subordinate to her as the guard's station . The training center of the security executive for the federal state of Burgenland is also located in Eisenstadt .

The Caritas Burgenland operates the care center Haus St. Martin with 75 residential units and 18 nursing beds. The senior pension Eisenstadt with 54 single and 2 double rooms is run by the Burgenland relief organization.

The council comprises a total of 29 seats due to the number of inhabitants.

The municipal director is Gerda Török.

We have partnerships with the following cities: 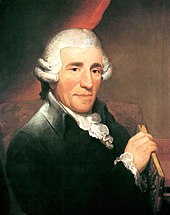 One of the city's most famous personalities is the composer Joseph Haydn (1732–1809), who worked here as court conductor. The Esterházy family has had a relationship with the city for several centuries and has honorary citizenship status as a family . Several well-known politicians, artists, scientists and athletes were born in Eisenstadt, including the anatomist Josef Hyrtl (1810-1894), the Austrian Agriculture Minister Nikolaus Berlakovich (* 1961) and the football players Andreas Ivanschitz (* 1983) and Philipp Hosiner (* 1989) .

Eisenstadt was also the place of activity of historically important figures of religious, especially Jewish, life. For example, seemed Azriel Hildesheimer (1820-1899), the founders of modern Orthodoxy in Judaism, 18 years as a rabbi in Eisenstadt. The Israeli politician and Rabbi Moshe Se'ev Feldman was born in Eisenstadt.

State capitals in the Republic of Austria

Districts and statutory cities in Burgenland