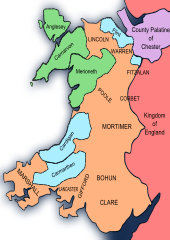 Wales under the statute of Rhuddlan, blue and green the new counties of the Principality of Wales

The city charter of Flensburg 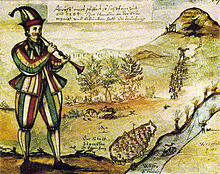