This article covers breaking news and events in July 2007.

Deutsche Bahn is currently concentrating on high-speed routes and logistics

Rally on the Frankfurt Römer against the NPD demonstration 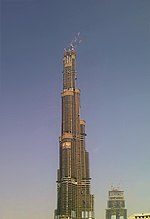