Gondershausen is located in the northeastern part of the Hunsrück between Baybachtal and Ehrbachtal in the north and south, and the Rhine and Moselle in the east and west.

Near Gondershausen people created the rock engravings of Gondershausen more than 20,000 years ago . These show three horses and an as yet undetermined animal and are considered the oldest known drawings in Germany.

The first mention (as Guntereshusen ) took place in a document dated June 13, 897, in which King Zwentibold of the Trier Abbey of St. Maximin confirmed what his father, Emperor Arnulf , had given him. The property was alienated from the Rhineland Count Palatine , who was appointed as the monastery bailiff of the monastery. Later, Gondershausen and the surrounding area are owned by the Lords of Waldeck and Schöneck as a feudal fief of the Palatinate .

After the Left Bank of the Rhine was occupied by French revolutionary troops in 1794 , the town became French, and in 1815 it was assigned to the Kingdom of Prussia at the Congress of Vienna . In the years 1820 to 1830 and 1860 to 1870 waves of emigration to America and the Ruhr area followed . Since 1946 the place has been part of the then newly formed state of Rhineland-Palatinate .

The municipal council in Gondershausen consists of 16 council members, who were elected in a personalized proportional representation in the local elections on May 26, 2019 , and the honorary local mayor as chairman.

The local mayor is Markus Landsrath. In the local elections on May 26, 2019, he was confirmed in his office with a share of 84.65% of the votes. 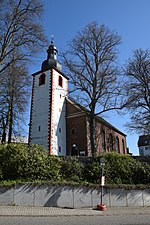 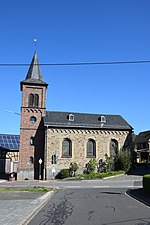