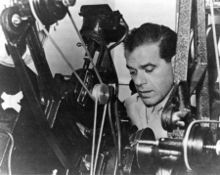 This year's Academy Awards will take place on February 23 at the Biltmore Hotel in Los Angeles . Frank Capra will moderate .

The Venice Film Festival takes place from August 8th to September 1st. This year, the jury selected only one prize for the best film.