Seyssinet-Pariset is a French commune in the region of Auvergne Rhône-Alpes in the department of Isère with 12,013 inhabitants (as of January 1 2017). The municipality belongs to the canton of Fontaine-Seyssinet in the Arrondissement of Grenoble . The inhabitants are called Seyssinettois (es) .

Seyssinet-Pariset is located west of Grenoble on the western bank of the Drac River . It is surrounded by the neighboring communities of Fontaine in the north, Grenoble in the east, Seyssins in the south, and Saint-Nizier-du-Moucherotte in the west. Parts of the municipality belong to the Vercors Regional Nature Park . 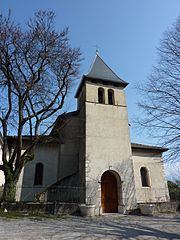 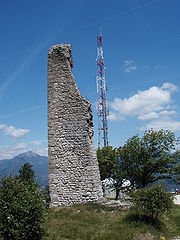 Since 1986 there has been a community partnership with the Italian municipality of San Giovanni Lupatoto , Province of Verona.

Commons : Seyssinet-Pariset  - collection of images, videos and audio files
Municipalities in the Arrondissement of Grenoble (A – O)