In Leopoldstadt as well as in Brigittenau, the roads near the Danube are named in connection with this or the Danube regulation. In the former Northern Railway quarter, today Volkert quarter and Allied quarter , names were given preference with respect to the Northern Railway.

At the coal chutes, Krakauer Strasse, Lembergstrasse, Rabensburger Strasse. The Rothschildplatz (financiers of railway construction) as well as the Eva-Popper-Weg and the Fanny-Mintz-Gasse, which represent people who were deported via the northern railway, also belong in this environment. The Nordbahnstrasse was already named at the time of the old north station.

A special feature of Leopoldstadt are the names given by Konrad Ley (1801–1881). The district chairman 1862–1874 had the habit of naming newly created traffic areas after the first names of his relatives. The results are Helenengasse, Herminengasse, Josefinengasse, Konradgasse and (possibly) Hedwiggasse. Leystraße was later named after himself.

At Afrikanergasse 2 (left) / Praterstraße 51 (right) the street branches off from the street.

The exhibition street at the subway station Messe-Prater

The Calafattiplatz in the Wiener Wurstelprater 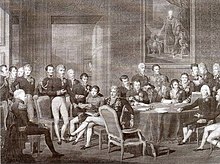 The Vienna Crime Museum in the Große Sperlgasse

The former granary at Handelskai 269 ​​is now a hotel

The main avenue near the Praterstern

The Schweizerhaus on the Strasse des Erste Mai. Karl-Kolarik-Weg runs behind the building on the right.

The Karmelitermarkt: not a traffic area, but a market area. 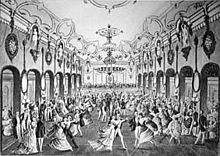 Ball event in the Sperlsaal 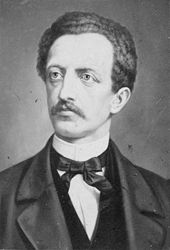 Crane systems at the north-west station

The Danube Canal at the Franzensbrücke

The Riesenradplatz in the Wurstelprater

The street of May Day in the Wurstelprater

The synagogue on Tempelgasse, destroyed in 1938